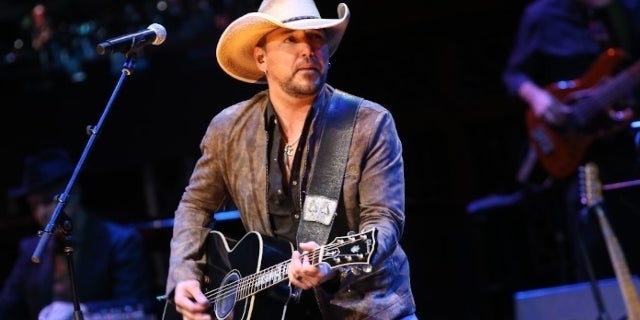 Country star Jason Aldean shared a hilarious Santa Claus photo that he can use to embarrass daughter Navy in the future. The photo showed his youngest children Memphis and Navy sitting on Santa's lap, with poor 10-month-old Navy in tears. Aldean's fans thought the photo was hilarious, with hundreds commenting on the post.