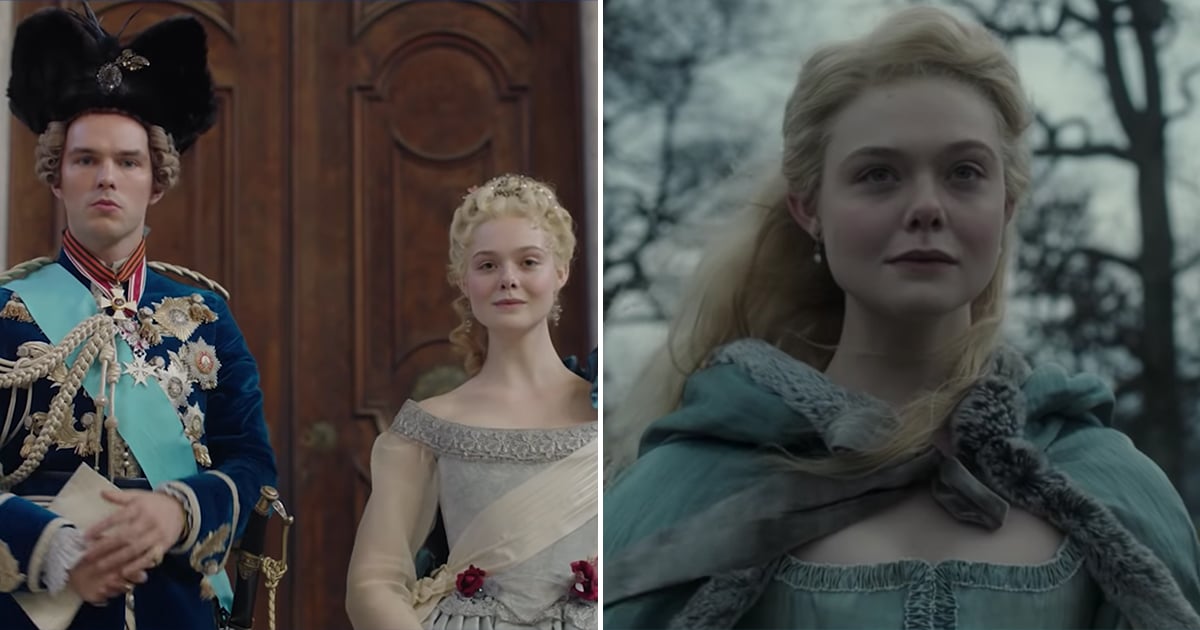 If you have a thing for period-piece satires like 2018's Oscar-nominated hit The Favourite or whimsical takes on historical figures like Dickinson, then you're going to love Hulu's new series, The Great. Elle Fanning stars as Catherine the Great alongside Nicholas Hoult. Hoult plays her husband, Peter III of Russia, who ruled as Emperor of Russia for six months before being usurped by his wife.