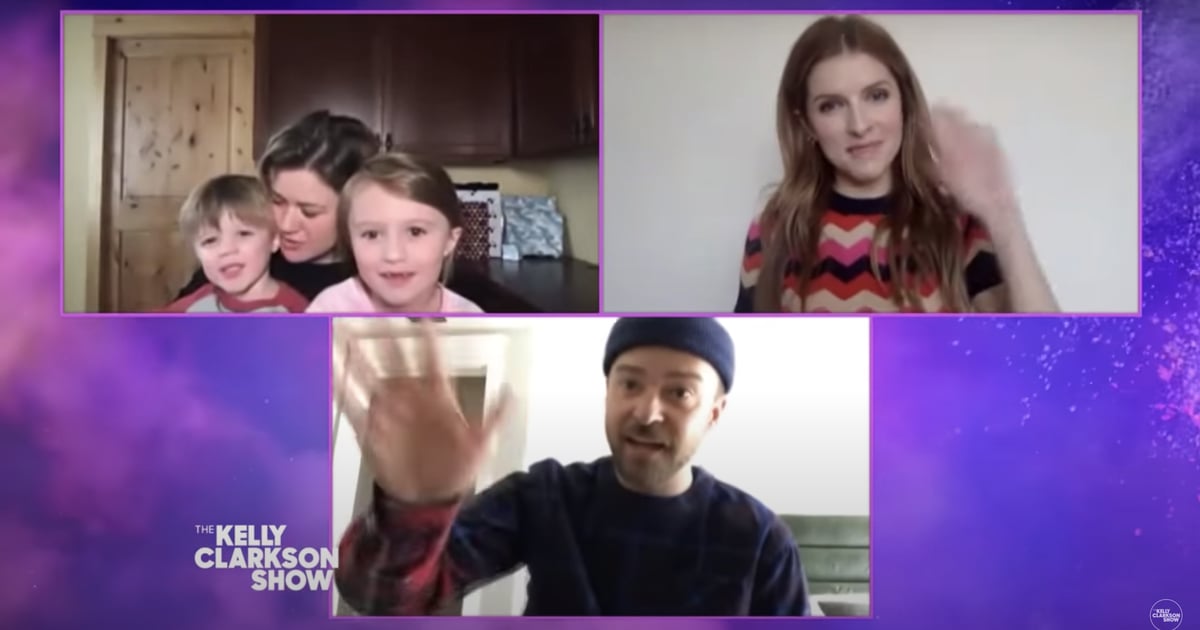 Unsurprisingly, Kelly Clarkson's kids love the movie Trolls, which features the voices of Anna Kendrick as Poppy and Justin Timberlake as Branch. In a virtual interview for The Kelly Clarkson Show, Kelly chatted with Anna and Justin about Trolls World Tour — which is now available on-demand! — and their interview was crashed by Kelly's two kids, River and Remington.