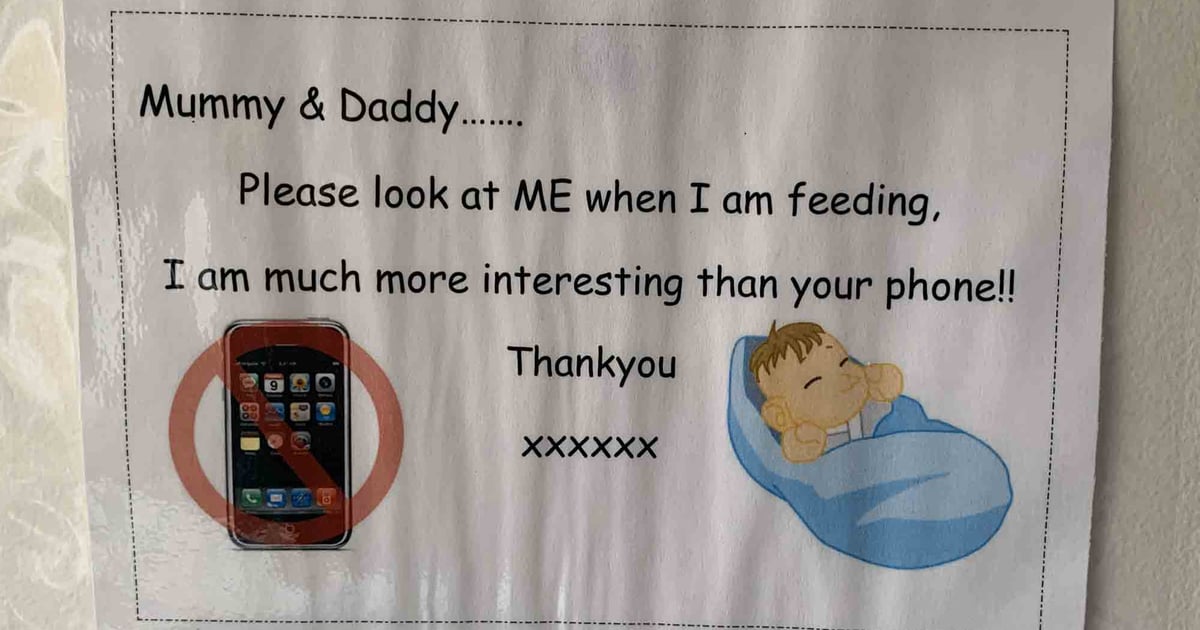 Having a newborn in the NICU or a special care unit can be one of the most stressful situations a new parent can find themselves in. So when Dr. Ash Cottrell came across a hospital's sign shaming moms and dads for being on their phones in the Special Care Baby Unit (SCBU) — usually referred to as a Special Care Unit in US hospitals — he couldn't help but detail his frustration on Twitter. He ...