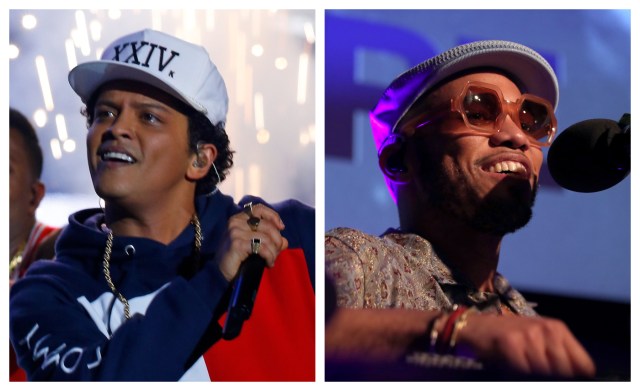 Bruno Mars and Anderson .Paak have announced they’ve teamed up for a new band called Silk Sonic. The pair have recorded a collaborative album and their first single arrives next week.“We locked in and made an album,” Mars wrote on Twitter. “First song drops next Friday 3/5.” The project will feature Bootsy Collins as a “special guest host.” Paak also shared the news on Instagram.