'The View' Co-Host Whoopi Goldberg Praises Kobe Bryant, Who Was 'Always Kind' to Her Family 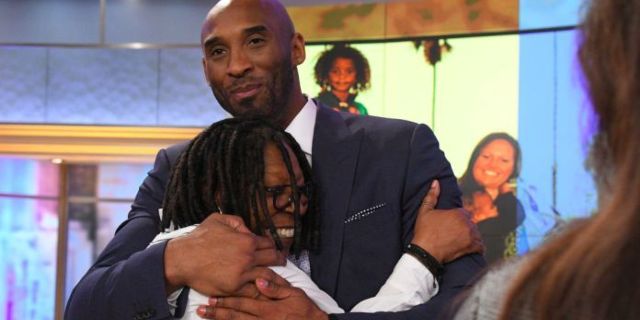 L.A. Lakers alum and NBA legend Kobe Bryant was remembered by The View co-host Whoopi Goldberg following his Sunday death in a helicopter crash. Taking to Twitter shortly after news broke that Bryant and eight others had died when the aircraft crashed into the hills in Calabasas, California, Goldberg remembered the former Lakers player as an "incredible athlete" who was "always kind."