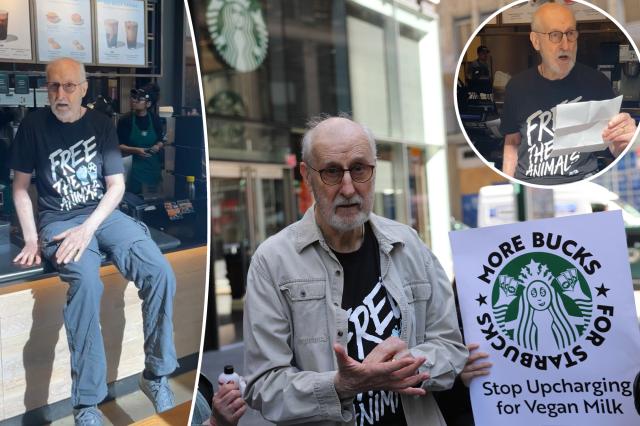 James Cromwell took a dramatic stand for PETA Tuesday morning by supergluing his hand to a Starbucks counter in protest of the coffee chain’s up-charge for vegan milks.Appearing on a Facebook livestream, the “Succession” star, 82, rattled off facts about the cons of producing dairy milk from cows as he remained stuck to the Midtown Manhattan shop’s counter alongside other PETA members.