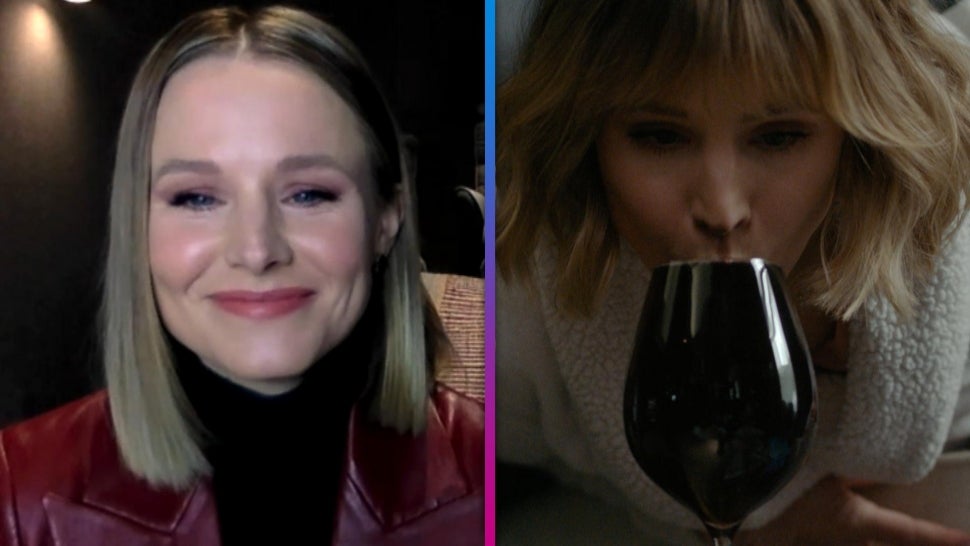 Kristen Bell is letting us in on a few secrets about her new Netflix series, The Woman in the House Across the Street From the Girl in the Window. ET's Lauren Zima spoke to Bell and her co-stars, Michael Ealy and Tom Riley, about the dark comedy and what was really in those filled-to-the-brim wine glasses the 41-year-old actress drank out of on the show.