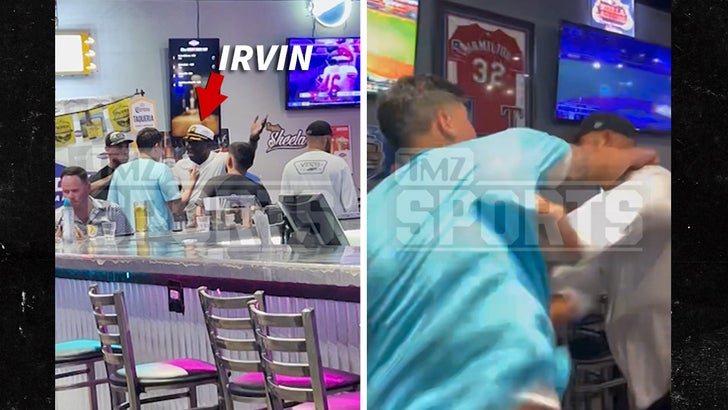 Despite Michael Irvin's best efforts to keep the peace -- bar patrons still got involved in a wild fistfight near the Hall of Famer in Texas on Monday ... and the crazy scene was all captured in a video obtained by TMZ Sports.