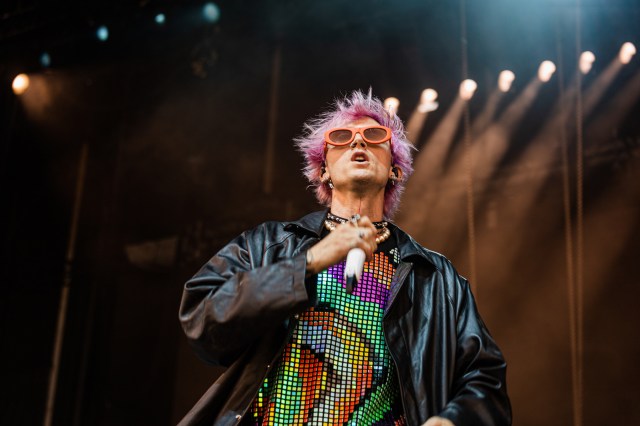 In Machine Gun Kelly’s new Hulu documentary Life in Pink, he details the paranoia-induced suicide attempt that led to his sobriety from hard drugs. After recalling his final memories shared with his father, who died in July 2020, the rapper discloses that while in a state of distress, he put a shotgun in his mouth while on the phone with his fiancée Megan Fox.