Sarah Hyland defends Ariel Winter against critics of her sheer dress: 'I will not tolerate it' 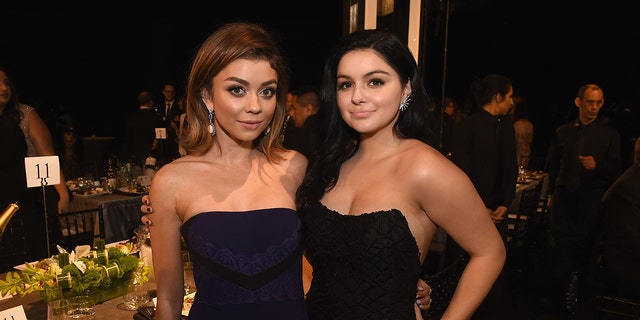 "Modern Family" star Sarah Hyland is sticking up for Ariel Winter after social media trolls came after her television sister for wearing a sheer dress.The co-stars donned little black dresses for the ABC comedy's wrap party, which was held at the Sunset Room Hollywood in Los Angeles in honor of the show's end after 11 seasons.